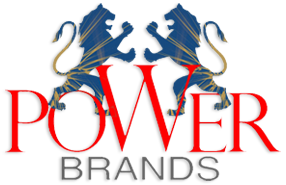 Foreword to Power Brands 2015-16 by Venugopal Dhoot
Chairman and managing director , videocon group
India is the world's second largest populated nation and is more diverse than most other nations across the globe -- from its culture to geography, from its languages to religion, from its climate to ethnic background of people... Read More

Mr. Adi Godrej
Chairman – Godrej Group
Adi Godrej is the Chairman of the Godrej Group and several entities that are part of one of India’s leading conglomerates. These include Indian companies like Godrej Industries, Godrej Consumer Products, Godrej Properties ... Read More

Kamal Nath
Union Cabinet Minister of Urban Development
The real estate industry has been an integral part of the India growth story – both in terms of development as well as in the emergence of India as an economic superpower. Real estate companies, both big and small... Read More

Adrian Smith
Co-Founder of Adrian Smith + Gordon Gill Architecture (AS+GG)
One of the most striking statistics in the world today is the rate of urban densification. According to National Geographic, 60 million people around the world are moving from rural areas into cities every year. ... Read More

Lalit Kumar Jain
President, CREDAI
The India of today is going through a transition. This is the period where the country is shedding its coat of the past and moving towards a new beginning, with a new identity as a global superpower. While the Indian economy ... Read More

Ashutosh
Spokesperson of AAP
Trust and Honesty. These are very big words. But it is these two words which define the AAM AADMI PARTY in the real sense. Critics might find it too hyperbolic and too pompous; it may seem more flamboyant than the party deserves. ... Read More